Have you googled yourself? This is why you should do it now 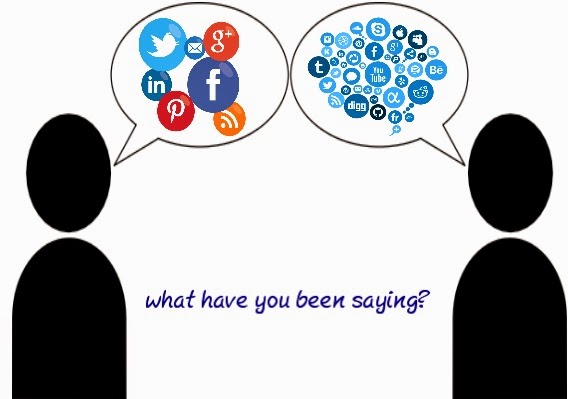 A friend of mine once told me a weird story of how one day he was in a motor park, a paper flew to his side and without much thought he decided to pick it up, awe! the writings was his. He said he was very surprised because he knew he wrote it, but he had discarded the piece a long time ago. What was scary to him was finding it in a motor park.


A lot time, we go about dropping words, comments, tagging ourself to posts or re-posting a joke without giving a second thought to it.

Two reason you should google yourself and watch your back on social media, especially if you are seeking a job or you already have a job and want to secure it.

1. Your employer wants to know the real you.
Nowadays, employer type their employee or applicants name on Google and other search engines to know what they have being up to. So don't be surprise if after the job interview you thought you nailed you still did not get the job. It may be that careless comment or the joke you made about another brand on Facebook.

2. Companies are careful about what information is going out or coming in.

In business school, I heard a story of a man who took a funny picture of his boss sleeping during office hour. I guess the picture was so funny that he decided not to laugh alone, so he sent the picture to the email of another staff with the same company domain such as steve@elizablaze.com. But another colleague out of ignorance decided to be playful and forwarded it to a his wife's email with a public domain such as steve@yahoo.com" and steve@hotmail.com"

When the picture went viral, the company did not sack the originator of the picture or the staffs that had it on the company domains. But the person that forwarded it to public domain was fired.

Why? Because it was against the company's ethics and moreover it could invite hackers. Therefore no company will hire anyone who lives carelessly on social media.

I have googled myself and I was amazed at the things I saw, some posts doesn't even make sense anymore, while some jokes were also not funny to me anymore.

If after you typed your name on google and you came up with these questions.
- What was I thinking when I wrote this?
- Did I really say this? I must be out of mind.

Then my dear, you have succeeded in a creating a physical barrier for yourself. But the good news is that you can still correct some and mitigate the risk.

So what can you do?

I can't tell you what to do, but I can tell you what I did. I closed down my facebook account and created a new one. With the help of an online tool, I deleted all my tweets on twitter and started afresh.

It wasn't easy because I had a lot of friends on facebook and some I may never be able to contact again.

But it's my life here, I have to be perfectly careful about what I want for myself.

"I don't do anything without being fully clear about why I intend to do it, because the intention is going to determine the reactions, the results or the consequences...and that is the secret to why we were number one all those year. Because it is an intention filled, intention based coming out of a purposeful programming"-Oprah winfrey

Remember the third law of motion in physics: For every action there is an equal and opposite reaction.

Having this in mind will make you think twice when you give a part of yourself out on social media.

Now I have set my new facebook account not to allow anyone tag me to a post or picture without my permission. What will you do?

This is just great elizablaze, I am googling me now. One has to be careful especially if you plan on attaining great heights in life n society; @some point in your ascent critics will definitly hunt down ur weak link n where better to start than online? Thanks for d heads up...

Rosie, you are very right.