Sabbath's Appetizer: You need him now like never before!

There is this lady in my church, when you talk about beauty, she has it, she also has a good fashion sense and rides a nice car. The last time I was in bible class where she taught, she mentioned she works in the bank and from the little I know about her, she also goes on international trips.

What actually intrigued me about her was her commitment to church, she's such a great teacher of the word and also the head of prayer ministry. I know she's into other things in church, but since I'm not close to her that's all I can say.

When I met her, I wondered what made a lady who seem to have the perfect life so committed to service, I'm sure I just formulated some reasons in my head and left it at that.

Just last week a colleague gisted me about her sister in-law, how she inspired her to pray and be committed to the things of God. According to her the sister in-law is very wealthy, even more than her husband, fashionable and classy. Has a lot of investments but can't joke with prayer and church. My colleague said when she looked at the woman's lifestyle she knew she too should buckle up.

"It is impossible to rightly govern a nation without God and the Bible." - George Washington

I've also heard the CEO of sixth sense, Mrs Temitope Olagbegi said there was a time she travelled to the UK and her sister in-law invited her to a 1am to 3am prayer vigil, she wanted to reject it because she has a lot of meeting the following day, sincd that was the reason she came to UK, but she change her mind and went.

She said during the vigil she noticed a woman and after the meeting she walked up to her (she didn't mention her name), she said the woman is very influential in Lagos, and has a lot going on with the state government but here she is in UK at midnight, rocking it in church.

Now if all this people that has the lifestyle we admire, or has the career we hope to have can be digging it out before God in prayers and commitment, then you should too.

What is the advantage of a guy with six packs that is spiritually dumb? The most beautiful girl in the world that cannot speak in tongue? 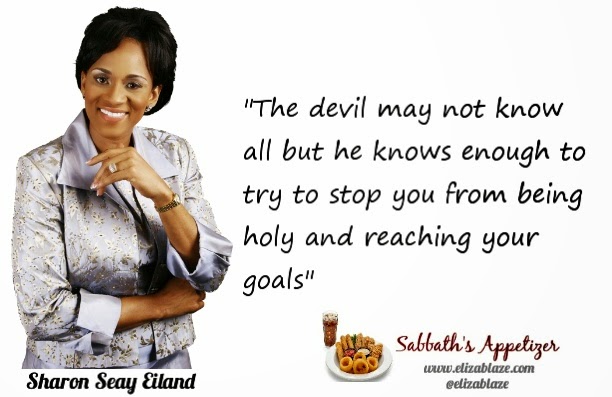 We have all heard of Ibukun Awosika, a woman who seat on the board of director of many influential organizations, Folorunsho Alakija, the oil mogul and richest black woman in the world and Tara Durotoye, the multimillion dollars make-up line CEO. Yet they are all power packed and Holy Ghost filled Christians.