Things that make people keep money they will never spend. 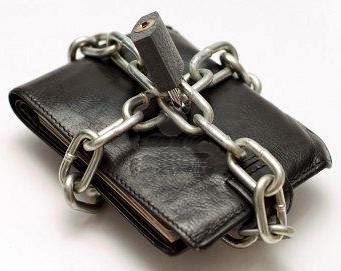 I heard of a man who was sick and despite how much people begged him to go to the hospital, this man refused and claimed he did not have the money to pay for hospital bills, he kept using just paracetamol.

Eventually he died, and the shocking part was that under the carpet beneath his bed was discovered 120,000 naira. His people claimed the money was used to buy his casket.

There are things I hear that got me really concerned and this is one of them. I can't help trying to figure out why people will work, earn, safe money and be afraid of spending it, even to their own detriment.

So I came of with things that I feel may cause it.

1. Fear of having nothing left.
They are afraid of being broke, so they are comfortable with just seeing the fat statements of their bank account.

2. Giving up the hope of making more.
Some get to a point in their life that they feel they are probably too old to hustle again or maybe they lost a huge businness. These may make them to decide not spend what they have even of it will lead to their death.

3. Bad character.
Some people are not only selfish to others but also selfish to themself. They prefer to live off other people wealth than spend the money they earn on themself.

All these I guess is as a result of poverty mentality.