Don't let someone's opinion of others deprive you of your blessings. 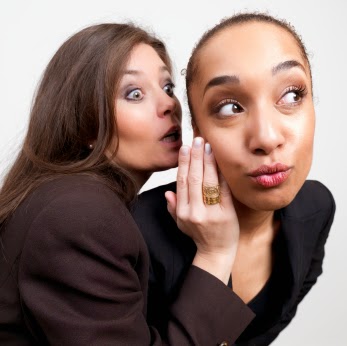 I will be sharing the story of how my sister got a job. She had graduated from school for quite some years hunted for good jobs, did some petty jobs. She then went back to school for a postgraduate in another field, maybe an added qualification will open the door for her.

After her postgraduate, the job hunts continued, now she has two degrees, yet no job.

She then went to visit one of our uncle, then it came to her mind to drop her CV for the uncle's wife so she can help her submit it at her place of work. But you know when your miracle is on the way something will just pop up to act as hindrance.

Then she told a cousin of ours who was staying with the uncle her intention. Now the cousin tried to stop her, told her the wife can't help her, said she would just drop the CV in her room and never do anything about it. My sister initially bought the story and decided not to give her.

Then she said something just told to at least try and give the wife, that if she dropped it her room and refused to submit it in her office, fine. So that particular morning uncle's wife was already in her car ready to zoom off when she rushed to her and gave her the CV.

On the day of interview, as a desperate job hunter my sister was the first to arrived, coupled with are experiences and qualifications, she got the job.

A job she never expected, with the benefit she enjoyed at the place, it's something she couldn't have dreamt of.

Hmm...truly this just tells us to never let someone's mindset about others be our thoughts. However, you can take it as a warning, but if the person is yet to do you wrong, then don't write off the fellow.