Will you make me feel the same way you once felt? 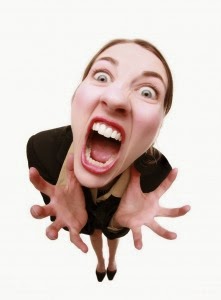 In the university, after seeing a result that was not encouraging I remembered saying if I end up being a lecturer, I will make it easy for my students to pass my course, as I won't be very strict with scores.

But one day a friend told me of a girl that said it would be very difficult for her students to pass her course, that the way her lecturers failed her is the same way she would also mark down her students!

What a wicked heart, I'd wonder why someone would want to inflict a pain they personally don't want on others. The worst thing is this people actually go on to become lecturers just to inflict pains on their students and so the cycle continues.

A lady once told me how her mother was very strict to the point that she had to wake her up one night, crying she asked her if she was her mother, even when she knew the answer she was still not convinced.

Then I asked her if she can be that strict to her children, she said yes, because she felt it's part of the training. Why would you want your children to go through the torment you went through.

A boss will trample on his workers, insult them because his or her own boss once treated him like shit.

Just because you can endure pains, doesn't mean another person can endure it.

And these are some of the reasons we heard about cultists attacking a lecturer that has harassed a member or a friend.

Businesses have gone down after the staffs have agreed together to take it down because their boss was wicked.

Never decide to make people feel the pain or hardship you once felt. What will make you different from the person that caused you pain?