The word that changed all for me. 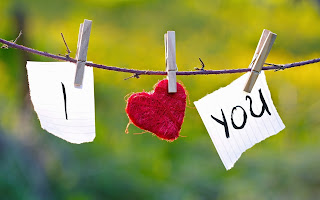 I had an aunt I was estranged from for years, personally I wasn't even into her because she said something about me to my father that really hurt me.

Then I was in secondary school, and I remembered joining a religious group, so I decided to be extra modest in my dressing and all. I even wrote my dad who was based abroad a letter to inform him of my new belief then. He got angry and wonder what I had turned too.

By the time I went for holiday, my mum talked sense into my head, and the whole religiosity had weared off...LOL

Because I was on a low cut, I decided to retouch my hair, and then this my aunt who was also based in London came to Nigeria saw me, didn't say anything, but when she got back to London told my Dad I had shaved my hair.

Looking back, it doesn't really make sense anymore but for years even though I told myself I had forgiven her but I still didn't want anything to do with her.

Then after something like ten years, she started calling, she would even send money to my siblings and I. But even though I wasn't holding on to any grudges, I wasn't still intrigued by her.

Then one day she called me, told me it's her 65th birthday and as usual I was trying to sound nice. But when she was about ending the call she said something I never expected she said 'I love you'.

Wow! It was as though that was the first time I heard it, throughout that evening I kept smiling from ear to ear. My heart had melted just because my 65years old aunt told me she loved me after like ten years of thinking I don't care about her.

Since then I'm always eager to pick her calls and talk to her, more than any amount of money she could have sent, just that word bought me over.

There is a word somebody is waiting to here from you too, they may not even know it themself just as I never knew that 'I love you' will change all for me with my aunt. It may be a simple, 'thank you', 'you look good' or 'I'm sorry'. You just have to figure it out, don't act as though you don't care. And joy will flow through you.