Sabbath's Appetizer: No Superman, focus on the Divinity only.

Before, when I hear gossips about christian leaders doing things that I thought they should be above, I would turn around and try to a justify my mistakes.

I would say if a pastor who has this awesome ministry can do this wrong, then who am I to form righteous?

My friend once has issue with a pastor that wanted to seduce her, and it made her formed a certain mindset about pastors. I have also had a similar experience, but I told my mum about it and I wasn't too surprise when she confirmed from the stories she had heard, how randy the man was. And he preaches well!

But now I have learnt to not use peoples mistakes to determine mine. Because if you fell into temptation, it doesn't mean I will also fall. It is your body, it is your problems, not mine. 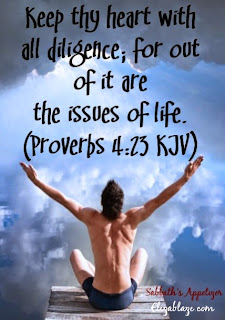 Moreover when the offender is settling his or her issues with God, I won't be there. I'm just grateful I wasn't the victim of their waywardness.

Some have use their pastors or church leader holiness to determine theirs.

As christians, we are children of God, some may disobey or become a prodigal son, while some may get lost. But it doesn't mean they won't be found neither does it change their status as a child of the living God. Discipline yourself and know God for yourself.