When are you suppose to relax or be proactive? 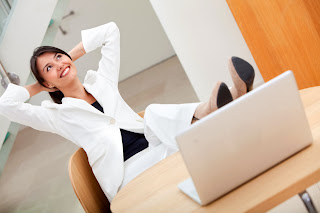 A day before the collection of my NYSC, I sent a message to my former boss wife (the place where I'd worked before going for service), I told her I will be rounding up with service and asked her to kindly secure a job for me. She replied and said the organization will be sending forth a staff by the end of the month. And said she will tell the admin not to employ anyone.

Luckily for me it was less than two weeks to the end of the month, after my the collection of certificate, I travelled the following week.

I left my base on friday, spent about 14 hours on the road and though stressed out but by the evening of the following day I went to my boss house, he was not around (I dropped the gifts I brought for the children...LOL). But I met him the next day.

His wife was present too and did most of the talk, she explain that the organization had no plan to employ anyone one for the next two month. But since I had a good record with them(worked with them for just one month before NYSC) and since the next monday will be the beginning of a new month I should resume work.

Monday, I had resumed work and I discovered that truly on a normal circumstance they should not employ for now. This is what I call being proactive and finding grace.

One interesting thing is most of the neighbors and friends (including my sister) that knew I had started work, told me I should have rested at least for a week or a month before starting work.

Rest for one week? If I had decided to rest for a week, I would have automatically need to sit at home for 2 months before working.

When they say this, I'll just smile and say to myself, "why are they telling me to rest, was I pushing trucks or cutting down trees during NYSC, so what am I resting from?" I knew they were saying it out of care, but are they ready to foot my bills?

It's not like I have reached my bus stop. But I've learnt to reject relaxation when I'm suppose to be proactive.