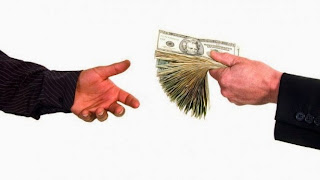 I happen to know of someone who lend money to a family member, but when the borrower couldn't afford to pay back, it became a big family issue.

Another big thing is some have a way of making you feel bad when it's time to return the money they borrowed. Some start avoiding your calls. While some actually have the money, to release it now become a problem. That is when they tell you "I'm busy". They are free to borrow but too busy to return.

Last week I talked about emotional and logical giving (read here). I know some people can be desperate while begging, make you feel like you are their only hope. But don't always lend to someone just because they are desperate, sometimes it's just right to give the person what you can conveniently afford or what you can give as a sacrifice.

Having this at the back of your mind will save you from unnecessary frictions and heartache. Your are suppose to be an helper not the burden carrier.

Many people have lost their money because they lend someone who they were suppose to give money.

In conclusion, give what you can afford, lend out what won't kill you and sacrifice when you feel it's worth it.