I killed my children- Here is my story 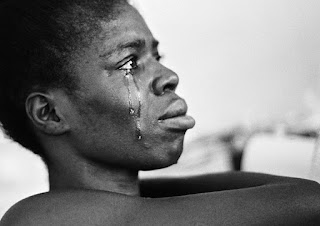 We were inseparable, after I finished from the university, Wale was already working and comfortable, so we decided tie the knot.

As expected, we went for the necessary tests, but discovered in one of the tests that we were both AS (sickle cell trait). It was a devastating news, but our love for each other was too strong to break our bond.

After all, we have heard of people who went ahead despite both being AS and were lucky not to give birth to any child with sickle cell anemia. What about our great grandparents in those days?...with this mindset we hoped on luck too and kept the test result to ourself.

It's been 28years after that decision, I have a child that I'm putting all my hopes on, he his AS too. But I have lost three kids out of four.

I'm devastated and depressed, angry at myself for going on with the wedding. Now, it's not worth it anymore. Wale had already turns to bottles, he constantly drink himself to stupor.

I'm now a shadow of myself, I can't even bear to look at myself in the mirror. I know I can't forgive myself, but I hope the soul of my dead kids and all other victims of sickle cell disease will forgive me. 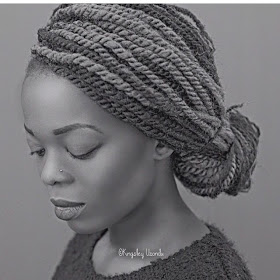 RIP Awele Late Awele Nwosu-Akeh, who lost the battle to Sickle Cell on the 10th of May, 2015, at the age of 25years (Read Awele's Diary here ) and to other dead victims, may your souls rest in perfect peace. 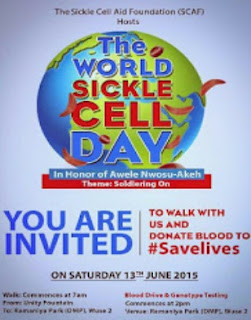 NOTE: The story above is written by Elizablaze, and it is not in anyway related to anyone living or dead that I know. It's my way of creating awareness for Sickle Cell Anemia, and in support of the walk organized by the Sickle Cell Aid Foundation (SCAF) holding in Abuja today to mark World Sickle Cell Day.

Email ThisBlogThis!Share to TwitterShare to FacebookShare to Pinterest
Labels: Features

Besides this, these surgeons have their own association that dedicates its untiring efforts to performing the most
critical surgeries to treat patients suffering from facial disfigurations.
The more invasive, and the more time consuming it is,
the more expensive it will be. ' Certification ' Check if the
doctor is certified by ABPS (American board of plastic surgery).


Have a look at my homepage; korean Rhinoplasty california (Http://Bdhfz.com)