Learn to open yourself up 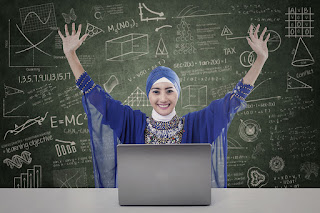 There was a time in school, when network marketing was very common, there was a lot of seminars here and there. And a lot of us was skeptical about it. There was even a time that a company's website was hacked and a lot of students lost their money.

Later at the mention of NET-, some people would have pick a race before you even add the -WORK to it...LOL. But really, knowing the concept can be useful to you later in life when launching your own business, how about the financial intelligence lecture they teach there.

Sometimes ago, my pastor talked about a time he missed his flight, and had to pay extra fee to sort it out. While still in that mood, a lady approached him to market a real estate idea to him, he said he told the lady he wasn't in the right state of mind to listen. But after he had sorted it out and trying to catch his breathe, another lady came over to market the same business.

He said he decided to grant her audience, not because he wanted to patronize the company. But he was trying to broaden his knowledge, who said one day he may want to start his own business and may need the concept.

And I loved that, I have being able gain knowledge and even do something because I decided to attend seminars, read up and listened to some ideas, businesses and concepts, even though I was not able to afford it at that time.

If I'm to go about what I learned in school alone, maybe all I would be able to talk about is food crops and animals...LOL

It is not always about what I can get from an idea, at times it is about what have I learnt or what can I build out of this.