Know what you don't want 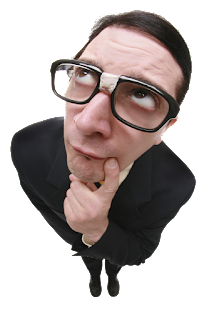 You have heard of NFA? It is an acronym for NO FUTURE AMBITION. It was often used for people who were termed unserious. In secondary school, I would cringe anytime I heard the word, because even though I was never called NFA but secretly I would wonder what ambition I was suppose to pursue.

When asked what I wanted to become in future I would say a medical doctor, an orthopedist or a pharmacist. But I couldn't make up my mind. By senior class I wanted the Arts, maybe to become a lawyer, but I chose science because I felt it was more prestigious.

But one thing I was cleared on, from the moment I could think straight were the things I don't want.

Thinking how that made sense?

Let me explain, even though I couldn't place my mind on what to do, I knew I didn't want to be useless in this life, I'd say am not on earth to just come and mark register that I came...LOL, but really it has helped me to be useful to myself and to others.

I know you have being told to say what you want, doesn't the law of attraction tells us that?. Yes I believe it and obey the law too, but you will be surprise that you can't really attract what you want until you settle in your heart what you don't want.

I heard of a woman who noticed her family and her husband's family have a lot of divorced issue going on. And she made up her mind never to be divorce, so right from the onset, she knew she doesn't want to be divorced, and knowing that helped her to take the proper steps to create her own marital destiny. So she would pray, confess good words e.t.c

Talking is cheap, anybody can say what they want but without settling in your mind what you don't want may make you not get you want. Have you seen people that set out to achieve a project they had thought would be very successful, but after some challenges they saw the project as a failed course. But a person who has made up her mind not to settle for less, will press on, strategized till he has what he wants.

Knowing what you don't want build your faith, if you have settled it in your heart never to be poor, you will always work towards prosperity.

Once you have it in mind never to be depressed, you won't walk with people that will create a negative atmosphere for you.

Action Step: Write out those things you don't want in life, and settle it in your mind to never to compromise.