Every sacrifices you make will come back for you. 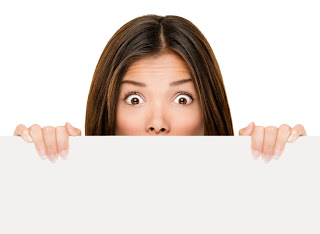 Some times ago, I was talking to the wife of an influential man. The discussion shifted to where the woman told me how she she stopped her education so she can help her husband mind his business while he went to school (they were not married then).

Wow...what a sacrifice? I told her she tried because she presently manage the husband's business...no loss isn't it? Well, keep reading.

Hmm...while her husband had his first degree, did his masters and had his doctorate, the wife was still managing the business.

Then one day a friend who also knew the couple talked about how the husband beat this woman...how he calls her different names and abuse her that she doesn't have a certificate and it's the reason why she is not intelligent.

I was surprised and not too surprise at the same time. Reasons:

1. There was a time I happened to be talking with the husband, the woman wanted to add something to the discussion, but the husband shouted at her to shut up. I was surprised but I acted like it was nothing.

2. The day I said I was talking to the wife, she mentioned how her husband was angry with another man on money issue, went to the man's work place and slapped the man...according to her the man deserved it. But then I knew the man he slapped, so I'm thinking if this man can be angry enough to slap that kind of man in his own organization and in front of his staffs, then he can sure beat and abuse his wife.

Though the woman was all smiles when she was telling me all these sacrifices, of course you know some people can be crying within but laughing outside.

I remembered the woman also telling me the husband is brilliant, more reason why she sacrificed her education for him...the question is, is she a dullard?

My dear readers, please you are not on this planet earth to be an onlooker. Your life shouldn't revolve around a person...don't be deceive by what you call affections. Before you make any sacrifice, think twice. Every sacrifice you make will come back to ask for you later in future.

Some sacrifice will simply make you stuck to an individual or marriage. Where do you want to go when the feeling that you no longer have the life of your own overwhelmed you?