How well do you know your friends? 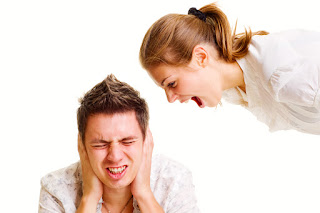 When I was in school I had a friend, a guy, we were both in the same department. We attend lectures together, even go to read together. But only both of us knew we were just friends.

Many people always thought there was something up, they never believe it when I say we are just friends. Then I would wonder if it was a crime to have an ordinary male friend.

Then one day, in our fourth year (I studied a five years course). In the evening, he called me to come outside of my hostel that he needed my advice on something.

When I got outside, he started a story about a girl in our department who was in her second year, how he had been chasing the girl, buy stuffs for her, attend to her anytime she calls, and how he felt the girl was giving him mixed signals. But he needed my advice on how to make the girl date him.

Maybe I swallowed hard before talking, I can't say, but I was beyond surprise. I felt like I just listen to a magic movie, but I composed myself and gave him the advice I had then (I can't even remember what it was I said anymore).

Why was I surprised?

I want to believe I'm not insensitive, but this guy and I do talk so much, about many things, but he never brought that girl up.

Moreover, we go to classes together, read together, gist together, of course we both have our separate lives, but most time when I call him to come over, he's always does. So all these made me to wonder the time he was doing all those things he claimed to be doing for that girl.

Really, this episode always come to my mind when the issue of knowing a person comes up, I want to believe you can't know all about a person, you can only know and trust what they revealed to you.

My friend could have been anything, and I wouldn't have known.