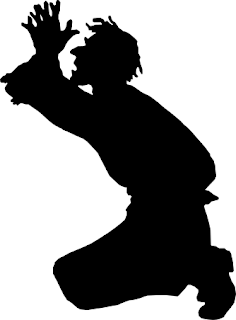 I've wanted to write this for sometimes now but somehow I've been waving it aside until of recent that another event sparked it.

I use to know a man who worked in a family friend's company, before he resigned he would complained of how the general manager was placing someone else above him. Then I told him it wasn't a big reason to quit, especially when it wasn't like he had found another job.

To that, he responded that his friends are working out something for him, they have told him of job offers in other places...hmm, eventually he resigned. I went for NYSC, but he still kept in touch, calls once in a while and I assumed all was fine. When I came back home after service, the GM told me he came back begging for his position but due to some other offenses he was rejected.

Well, I haven't heard from him since...there is currently a similar case I know of now, this type of thing seems to be a rampant among some people. They get angry, jealous, proud cos of flimsy things and quit their job and later start to regret their action.

Let me say something at this point, it's easy to think there are jobs outside while you are working. But when you lose it, you will discover that jobs ain't that available.

Don't listen to anyone who tries to belittle your job, if they can't find another job for you, then they ain't worth your worries.

I'm not saying you should stay glued in an abusive job environment, I believe in developing capacity while at a job and looking for other better opportunities. Don't leave because of some unreasonable issue and later return like the prodigal son to beg for your job.