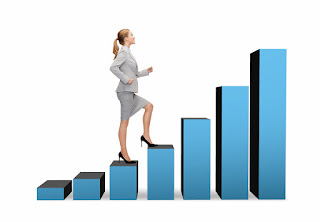 Today's post really touched me as I have seen the way people have fallen into pains, regrets and depression because they allowed others to make decision for them. Of course, there are many aspect of your life that people should not decide for you, but I will share the two major areas where you should not allow others opinion to dominate while citing examples from two true life stories, starting with mine.

1. Career
I remembered when I went to science class as a senior in secondary school, a teacher came to class and advised us on choosing the right path, the path that suit our being. So I had few of my class mates leaving the science to go to arts or commercial. I wanted the arts, infact I had made up my mind to carry my table and chair and go to art class.

But then, I felt if I leave the science, people would think I wasn't brilliant, so I stayed back. In fact I remembered vividly that I cried that day. I had allow pride and people who probably didn't even care to make decision for me.

Also, when I wanted to further my education after my first degree, my mother wanted me to continue with the line of course I had studied (plant science) to masters level. But I stood against it, I knew going that path is just like committing suicide. I chose a new course in a new faculty!

2. Marriage
I happened to have a talk with a married woman, who had some complaints about her husband's child (whom he had when he was in secondary school). She said she would never advise anyone to marry a man who already has a kid.

I asked her why she married one in the first place if she thought it was wrong. She said she asked some elderly people and they advised her to go ahead, since the daughter won't be living with she and her husband. Even the husband said the same.

But has you know, you can't always predict the future. It happened that the daughter had to come and live them. Now, the woman isn't happy as the girl has been exhibiting some bad characters. The woman is now insecure in her house as she couldn't trust the girl.

Note: Many times we know the right thing to do, but we purposely ignored it and allow ourself to be bamboozled under the disguise of an advice.

When you don't have a mind of your own, you will suffer and you will continue to play the blame game.