How much can you trust a broke man? 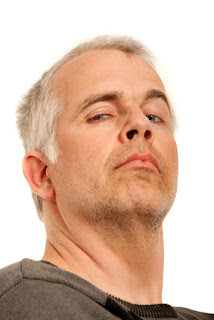 I use to make a joke that a poor man is just like an hungry and weak man. You can't know how energized he can be or how fast he can run when his stomach is filled with a good food. This is exactly how people are when they are broke. The once nice and respectful man, all of a sudden becomes rude and boastful.

I remember the talk about a former Governor who was a state worker before he was elected. It was reported then that he was so poor that he wore slipper (flip flop) to his polling booth. Many voted for him because they believed he would have their plight at heart once he become the Governor since he was once like them.

...Did the people later praised him? No, many were later cursing and regretted they voted him.

All of a sudden a once committed and caring husband becomes a chronic womanizer, he feels that's the best way to enjoy his wealth.
While some marry more wives because now they feel the need to upgrade their taste.

Some even turn to drugs simply because they can afford it. And the person some would easily apologize to, has turn to someone they could afford to hire an assassin to get rid off.

In the end, you are left to wonder if they had been pretending to play nice and good all this while. No, not all. Some don't even know how bad the evil potential in them can emerge once they hit the goldmine.

P.S: Because I used the masculine pronoun HE, doesn't mean I'm referring to the male gender alone, it goes for the female gender too.