If your income is not enough, read this. 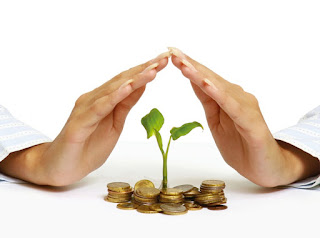 I'm dedicating this post to singles, but you can also benefit from it if you're married. It's based on the dispositions I've seen after workers received their salaries.

Isn't it interesting to see people emotions change immediately they received salary alert from their banks. A person that was once happy all of a sudden goes sober, as though the payment was a bad news. Some start worrying about the debts they have to pay, while some bring out a notepad to calculate how they will spend it...hmm let me go on to why this post is to the singles.

I have heard words like "they pay me chicken-change" or "I got peanut from the job". Well, I don't mean you shouldn't acknowledged that your salary isn't as much as you wanted it to be. But it will only help if you will allow me help you see it in a new light.

I once heard a lady says, because her salary isn't much, anytime she gets paid, she would first go out and buy anything her mind desires, be it food, shoe or bag. When she's satisfied she then goes home to sort out other issues and figure out how to manage herself through the month.

I know this may sound cool to some people, but really I think the question to ask is this? What will God call this money?... Sounds religious?... OK let's bring it home, what will Bill Gate, Warren Buffett or Dangote call your salary? Answer: A token, peanut, chicken-change? Lie! They will call it a SEED.

I've heard a lady say her boyfriend doesn't mind spending the last money on him to buy her food...Well, I'll say good for them.

It doesn't cost much to self develop and invest in yourself. And really, I'll say a big congratulation to anyone reading this because you are alive at this information age where knowledge is easy to get with just a click.

I've heard people asked me how much I paid for stuffs that I actually learnt to do online...hmm and really why won't I learn those stuffs? It wasn't like I could afford to pay someone at that time...but the fun is, you'll pay me to help you do them!..LOL

If you can ask the right question, you're willing and dedicated, then you'll learn to see that little salary as a seed. It all depends on how desperate you are. And if you're single and does not have to worry about children school fees, family food e.t.c then you're so lucky to have read this post. Now take action!


"As long as you get seed, you've got the potential to prosper and progress, everything starts in seed form. Nothing that God will do in your life shows up in it full mature state, it start out in seed form... whether it's a business or a ministry...Many of you have eaten your seed, don't eat the seed, sow it...you'll never survive if God give you seed and you eat it. Don't spend it, invest it, plant it cultivate it."- Dr Cindy Trimm.

Nice write up, thanks for the info