Don't let anybody cheer for you too soon 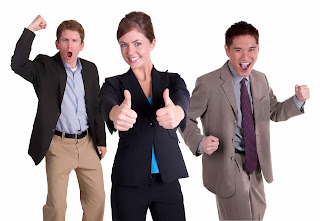 I used to be concerned when I hear (or know) about popular artists, talented individuals and business men who was once popular but whose fame had dwindled.

It must be a depressing experience for one to be alive and see his light go down. Hmm... just how bad can life be? Because of this, I will be talking on why you shouldn't allow people to cheer for you too soon.

Of course they will cheer, but you shouldn't allow it get to your head. I have written out some points that I believed we should always have at heart.

1. The things you see now are already obsolete.
I have said this before on the blog, the truth is that as long as we can see anything you invented or achieved, my dear readers it is already obsolete!

The secret you should know is that many minds are thinking, you may be the first to launch it to the physical realm but you have only created the platform for others to improve on it. And that is life nothing is static, life moves, it evolves.

2. Always evolve.
In primary and secondary school, I remember how I was made to know the names of so many inventors.... Hmm look at the Wright brothers who invented aeroplane for example. We will always clap for them because of what they invented. But the truth is that many have many have gone on to build more sophisticated planes.

Imagine the Wright brothers been alive now and not improving on their works. They won't only be competing with many genius, they would have been left behind. Yes it will be on record that they invented it but that will be all. In fact I can boldly say they will be frustrated.

Look at Steve Job of Apple corporation, even though he was once celebrated in the company he created but he lost it. Thank goodness he was a man that evolves, he moved on but because he was relevant, he got Apple back. And you can still see his legacy in the company's products, it's no surprise that they are toping charts!

3. Do the things that put you in front.
This is similar to the second point. It means you shouldn't relax, keep giving more of yourself. Be a living sacrifice.

4. Have the future in mind.
"Write the vision, and make it plain upon tables, that he may run that reads it"- Habakkuk 2:2

When you are working towards a great idea, you will definitely make some good impact along the way that will make people to cheer for you. If you're not careful you will think you have arrived, no you haven't, it's just a taste of the glory.

Note: Enjoy every passing moment, rejoice in the aura of the moment but as soon as it comes, move on. Allowing people to cheer for you too soon will cloud your judgement, it may allow you to enter self-deceit.