The gate to the soul 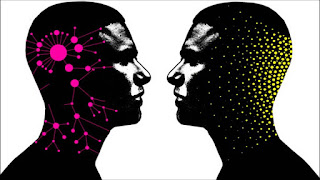 Today I'll like you to join me on the journey to understand more about the soul (your mind). Many times I find myself locked up in the soul realm, how? For example if you have followed my writings you will realize that I do a lot of thinking and that's why I can write on different things in my sphere of accumulated knowledge.

But you see, I have seen times when an idea flash through my mind and it will keep expanding as though I am watching a movie. I can be on this for hours or even for a whole day, it doesn't matter what I'm doing my mind is somewhere else. Then I would say to myself "it's not like I'm planning to write a novel, even if I want to write, this storyline I'm playing in my mind isn't what I would like to write on".

The question of why am I thinking such and such kept coming until I was able to figure out it. Therefore I present to you the things that caused us to think the right or wrong thoughts, the gate to the soul.

"Once the gate to the soul is able to generate a feeling in you, its mission has been accomplished, if care isn't taken, it can become a stronghold"- Elizablaze.

1. The eyes:
I noticed most of the characters in the thought I was talking on earlier were faceless, it doesn't look like me but I discover they were simply in forms of certain people that I thought were perfect.

Many of the things you focus your eyes on, such as movies and pictures settles in your unconscious mind.

2. The mouth:
What do you do with your mouth? The things you taste send a signal of sweet, bitter, good and bad to your brain, which in turns cause a reaction and a feeling is generated in your mind.

Pay attention to the things you allow in your mouth, even the person you allow to kiss you... Yes, just a kiss is enough to generate irritation or affection.

3. You ear:
Many times I tell myself I like a particular song just because of the beats and not because of the lyrics, but the moment I pay attention to the lyrics and I realized that what the artist was saying is arrant nonsense, I delete it but only to find out I had unconsciously mastered the words.

I might have just finish praying, the next thing I realized is that the song I had deleted comes to my mouth, but I wasn't even thinking about it!
Be careful of who you allow talk to you. Some advice ain't even what listening to in the first place.

4. The sexual organ:
Many people have become an addict to sex while some have become caged in a relationship simply because they had sex. Sex will definitely generate a feeling in you, it can make you feel you are in love, whereas you are not.

Because of sex, some have lost their marriage, become hopeless, loss their self esteem, committed murder and some have committed suicide.

P.S: What the gates above needs to do is to generate a feeling, make you think in a certain way, and unconsciously you will start operating physically in that thought line (strongholds).