Sabbath's Appetizer- Show forth your works!

I once read about a famous atheist philosopher who died of migraine. I want believe he had the migraine while trying to crack his brain on proofing God doesn't exist.

But the circumstances that surrounded his death isn't my focus for this post. What I want to bring out is the fact that the man became popular because of his beliefs and I'm too sure his many followers are still living by his works... But we have Christians that believes in Jesus, yet has no work to show. If for anything, they have used their belief in settling for mediocrity. How?

Times without number I have heard Christians quote this scripture: seek first the Kingdom of God and his righteousness and all these things will be added to you (Matthew 6: 33), as an excuse to avoid responsibility.

Seeking the kingdom means having a relationship with God. It doesn't say we will only prosper when we get to heaven. Someone once joked that some Christians will need to be taught how to walk on the street of gold because while on earth they had poverty mentality. 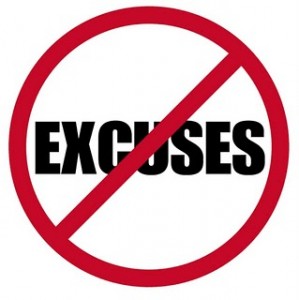 Another person said we should be locally sensitive and globally relevant. But I'll paraphrase it by saying, Christians should be observant, useful and have a relationship with God.

I find it absurd when a person quote: it is easier for a Carmel to go through the eye of a needle than it is for a rich man to enter into the kingdom of God (Mark 10: 25), as an excuse not to be wealthy.

Anyone who gives into meditation will not just lift a quote from the scripture without thinking about it. The truth is; the word of God cannot be quote wrongly, but we can use it wrongly.

There are a lot of unbelievers that have made the world a better place, invented many things that we find useful and enjoyed today, some have disciplined their body so much that they don't smoke, take alcohol, sleep around, lie or commit sexual sins. But you and I have the Holy Spirit in us to guide yet we still disobey him.

The fact is that the only different between us and those unbelievers is salvation. It therefore means that even though a person is saved, he or she will continue to wallow in poverty and even be oppressed by the devil if they don't stand up and take responsibility.