Getting it right- Don't work or don't earn? 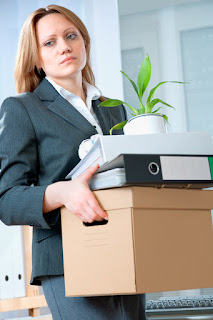 My friend once told me a story of how his Dad told her mum to stop painting her nails after they got married and said he won't eat her food if she disobey him... Hmm the same food he gladly ate while they were courting.

I remember when my friend told me this story in secondary school, and said her mum obeyed, I didn't find it amusing, I felt her dad acted like a predator, waited till he got her mum before he told her his mind. Well, I was young then, so it was easy for me to conclude like I did.

Stay with me please, I'm going somewhere with this.

We can assume the story above isn't a big deal, fine, I don't have a problem with it as long as the wife is OK with it. In fact I will say thank God it was just painting of nails. But you see, I've heard stories of men who insist their wife stop working just like that after they got married.

I know there are lots of reasons that may cause a woman to leave her job, this post isn't on those reasons. It's about those whose husbands tell them to stop working because of their insecurities and selfishness, and the woman can't even fathom why she should stop working.

Some men even come under the disguised of love, they are like "I love you, and I don't want stress for you" or they say something like "I already make enough money that can sustain us"

Ha, for crying out loud why should I become a housewife simply because my husband earns a fat income?

I once wrote about how I had to leave a unit in university fellowship simply because the 'no trouser' rule wasn't comfortable for me anymore. But here we are talking about marriage not a company or Church. You can't just settle for Divorce, it doesn't work that way.

I think the real question for the woman who isn't ready to be jobless is this: "are you asking me to quit my job because you don't want me to earn?"

I feel when you know the right answer, the next step become easy. That is when you know maybe a heart to heart talk, praying to God or asking his mentor to speak to him will do (by the way it's dangerous to marry a man who has no one that he respect and listen to).

Though I'm not married now, but I've talked and worked with married women and sees their pains. It's not every time you use the "gimme-gimme" word for your husband. The husband pays for everything even to your underwear, that you cannot even afford to buy yourself a toothbrush without your husband's money?

Rebelling or fighting one's spouse isn't the option here, the question is what would the Bible proverbs 31 woman do or say?