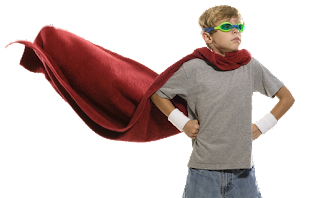 Last week I talked about how my mum cried because my teacher reported that I was a talkative. (Read it here if you haven't). But this week I will be talking on while parents should allow their children to follow their passion.

Before I went for NYSC, while talking to a woman who had a baby boy, I told a story about a very popular drummer who because of his skills had gone places and even lectures in university because of it.

After the one year service, I came back home and I met the woman again and while discussing she mentioned how I told her about a man that drums and said her little son loves to drum!.. Hehehe... she asked what I had seen then, but I said I saw nothing. The boy was around 2-3months old then, so how could I have known that he had drumming traits in him? Though the event looks weird to me, but I will take it as a coincidence.

That woman and her baby came to my mind when I got the inspiration to write this post. I only hope the parent don't force the boy into a career that looks more perfect in their own world.

It's a pity that while in secondary school the few good professions I knew were medicine, pharmacy, nursing, lawyer, accountant and engineering. If you do not have any of those as your future ambition then you have no future! I needed to enter the universities to see all the wonderful and great options available.

I've heard of some parent forcing their children to study a course that they feels has the ideal market value. And I'm thinking "If you so much love medical doctors, why didn't you become one yourself. Why force a child that wants to play football or become a lawyer study medicine?" Now that is suicide.

Most times parent want their children to become what they had wish they could be but couldn't achieved due to some circumstances. Moreover because a child is so intelligent and has a photographic memory doesn't mean he can be successful in any career that is not his or her choice.