The people who let you wallow in your sorrow 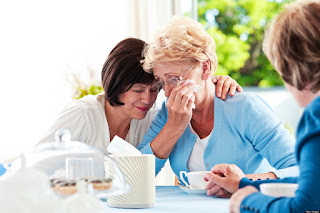 I well I think people who are guilty of this may not really know the harms or damages they are inflicting on others when they thought what they did was to comfort but rather it destroyed.

Let me cite an example, there was a time I failed a course in my third year in the university, though I had read the course but it happened that I had written a tough paper earlier and we weren't given much time to revise, we started the second paper almost immediately, so my brain was practically empty as I had forgotten all I crammed.

It happened in my third year, and I remember crying so much after I checked the result cos that was the first time I failed a course. But I had a friend who had quite a number of courses she had failed trying to comfort me, she was telling me stuff like "it's just a course, you shouldn't worry much, how about I that had failed a couple".

I remembered this made me sad the more, as it sounded like a 'welcome to the club of failures'. But really I can tell you my friend meant me no harm. And like I said before, I didn't even know it was wrong until recently.

Some of you may have experience this "tell tales of woe" before... How did you feel? Better or worst?

1. Awaken you to forsake people who try to make you wallow in sorrow

2. Enlighten others on the danger, many are ignorant of this.

You see some people can't just take the pain of sorrow, and when you add yours to theirs, you simply make them feel like they are in deep shit, and some may end up bitter, alcoholic or choose suicide. And I felt this is one of the things that affected my Dad, when he was deported, he had people who came to visit him and told him tales of others who had been through similar condition.

You see it's not a bad thing to try and comfort someone by telling them about others that had been in that same condition, but tell them only if the person is now very well better off, or how the person became successful.

Never tell them that what they are facing isn't a big deal, you never can tell how much it's eating them up.

When you know better you do better!