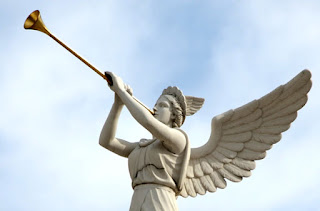 As an entrepreneur I know that 90% of the time it is not about you having a great products that makes your products become a popular demand and outsell other similar products in the market.

It has so much to do with how much influence you are able to exert in the market or among your target audience and potential buyers or customers. Therefore today I will be sharing an event that I believed was divinely arranged to advertise a product.

One day while reading online about a newly released movie, Captive, I wanted to know the Nigerian man that was casted in the movie, but it made me to discover the man on which the movie was centred, Brian Nichols a die hard criminal, one of America's most wanted.

I discovered that before his final arrest, when he barged into the apartment of a woman called Ashley Smith and held her hostage for hours. It was said that Ashley read the book Purpose Driven Life out loud for him, which made Brian to let her go and she was able to call the police and Brian was arrested.

She revealed to the news that she read a chapter of Purpose Driven Life to him, which she believed influenced him to release her. Upon the revelation by Ashley the sales of the book soar with more than 32 millions copies sold worldwide.

Now that Brian's story and Ashley's hostage deal is now released in a book and movie, you can expect more sales for the book, Purpose Driven Life... Seems to me like what Jesus said when his disciples complained about the woman with the alabaster box of expensive perfumes in Matthew 26:13 "Verily I say unto you, Wheresoever this gospel shall be preached in the whole world, there shall also this, that this woman hath done, be told for a memorial of her"

Isn't that a divine advertisement? To me it looked like God said "OK, Americans police are searching for Brian but before they find him, let me quickly use him to market my son Rick Warren's book"

You see, I have read how a mention of someone's products by celebrities such as Oprah, generated tonnes and millions of sale, but we all can't be mentioned by a celebrity but God can arrange situation that will give us the big breaks we could never dreamed of. Angels can market your products!

Have you got products that fulfils God's demands? That help edify, exhort and comfort others? You can also ask him for your own divine advertisements...But remembered God will not fund what he did not purpose.