Sabbath's Appetizer- The spongy nature of the soul 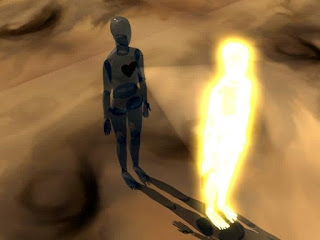 One day, after I had finished teaching my students Biology, I felt I should use the remaining minutes before the end of the class to inspire them, so I told them about how we form opinions and how we can use the knowledge for our goods. After the talk, they all started clapping.

Hmm...I was flattered but as I got to my table, I kept wondering where all the words, examples and illustrations came from. I used some references I had heard a along time ago that I didn't even premeditated that year. But you see the illustrations were stored somewhere inside of me.

That's the good, let me tell you the bad.

One day I was in a bank, because of the queue I usually go to the bulk room and they would attended to me. But this day I went there as usual but the guy said no, I told him that wasn't my first but he insisted on the no, I wanted him to explain more if it's now a strict rule since there was queue at the counter and it was free there at the bulk room, the guy simply told me to go to the next his next neighbor.

I felt insulted cos I felt he was trying to wave me off since he knew the other guy would tell me the same thing. So I used the 'F' word and left.

Well, I didn't say it loudly, so I wasn't sure if he heard but while still in the bank my conscience pricked me, I never believe I could use the 'F' word, not to talk of in the bank. Feeling unrest within me, I swallowed my pride and went back to apologize to the guy.

I didn't apologized for feeling insulted, I apologize for the 'F' word I used.

I knew I must have picked the word from the movies or things I read. The soul is like a sponge, it will soak in whatever it sees without you knowing it. 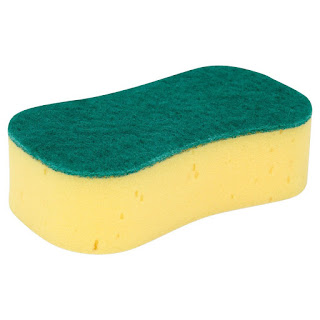 Let me give one funny example here, you see when I first heard song by a popular artist titled 'run mad' I disdain it. But after I spent some time with a family member's place who constantly played the song I started liking the beats, I downloaded the song and would play it over and over while telling myself, it's just the beat, not the lyrics that I liked.

Eventually I concluded it wasn't something I should continue listening to so I deleted it.... You see, when I had the song on my phone I don't even sing it but after I deleted it, it would just come to my mouth at the unexpected time. Like after praying, during bath, I would be singing a verse from 'run mad'. I would quickly control myself and stopped, but the next couple of minutes I'm singing it again. Eventually it wore-off.

Moral: Watch and be conscious of what you give your attention. Fill yourself with the goods as you are within so are you without.