Should I refuse drugs because my church says No? 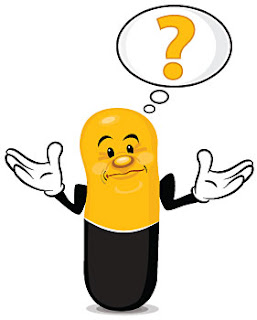 I once heard a woman died because she refused blood transfusion, according to her, her church doesn't permit it. The argument was that there is life in the blood (Leviticus 17:11- For the life of the flesh is in the blood)... Well, I want to believe blood transfusion is not the same as eating blood which the bible is against.

I have heard of people who says their church doesn't allows drugs. And I'm sure this has ignorantly cost the life of someone.

I personally believe drugs or no drugs depends on your level of faith. Therefore I don't believe one should ignore operations, blood transfusion and drugs simply because their Church says NO.

My genotype is AA, and I hear some say people with the genotype are prone to malaria, and you know how many individuals have died from have died because of malaria? I believed because I took anti-malaria drugs and was healed is a miracle!

There was a time it seemed like I was having malaria every month, even though we had mosquito nets covering our windows at home, and I was taking drugs because my mum would buy, but when I'm away from home in places where the mosquito are like vampires I hardly had malaria and even when I had the symptoms, I simply prayed, for one reason: Because those times I couldn't afford to buy the drugs.

And for this reason I prayed, used my faith and I was healed without taking drugs!

I can decided to simply pray when I'm sick and many times I take drugs and still pray with faith.

Many times I wonder why Christians had to have diseases that leads to surgery until I realise that for an operation to be successful, is a miracle.

Take drugs if there is need, don't refuse it because your church says no. Every healing in whatever form it comes is divine.