What I should have told my hurting self in the past 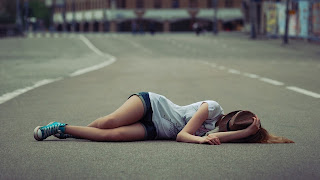 I have read people use words such as regrets, had I know, and shame to qualify some certain choices they made that had caused them heartache.

I won't use those words to describe mine, not because I was perfect, but because I know mistakes can be turned into a story that will inspire and help others. But there is something I should have told myself in those moment of been brokenhearted.

Sincerely I should have shouted, "Get a Life!"

Now this doesn't hold for everyone, but it sure holds for many of us, we suffered because we haven't found ourselves. Many of us were locked in private passions.

There was a time I met a friend's friend, and at that time she seemed to me like the 'big girl' kind of person, someone I don't mind being friend with, but somehow I felt she doesn't even recognized my existence.

But almost two years later, when we met again and she mentioned my name and surname, I was like "really? Lord why does she know my name, this isn't someone I'd like to be known with".

It wasn't like I became proud, but something had changed in me.

In university, there was a guy that would help me fix my laptop, install applications and gives me movies for free while he charges others payments. He liked me because I always make him laugh and later he asked me out. I wasn't into him and as much as some of my friends said good things about him I didn't like him that way.

Looking back I know I wasn't a bad girl or a user, but I simply needed to get a life. And stay true to my feelings without causing someone else unnecessary pressure. Thank God he was a 'Christian guy' I probably would be regretting my action by now.

There are some things like idle talks, chats and ambitions that I gave myself to that I wouldn't try now. Therefore in conclusion I should have told my hurting self "GET A LIFE!"