Where do I see myself in the next five years? 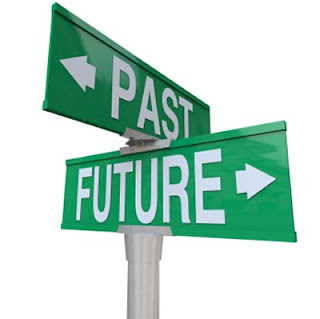 Isn't this something we are taught in motivational classes to project and know what exactly we want to be in the next five years? I'll just do a quick flash back to what I would have projected five years ago.

Five years ago, I was in my third year at the university and I already knew the course I was studying (plant science) wasn't what I wanted to pursue as a career. I thought I would have graduated in two years time, become an entrepreneur and probably own a restaurant.

Well that was not to be, as I did finish in almost three years later not because I had an extra years but because of university internal issues such as strike. Eventually after graduation we lost another year because of a strike that involved both state and federal universities and couldn't go for NYSC (National Youth Service ).

That's about two years from my projection taken away by academics.

I remembered how I started what I do now, I'm sure it was a divine arrangement. If I had finished school earlier I wouldn't have met those I met that contributed to what I am today. Yes, our path wouldn't have crossed.

Though all those period I had those delays, I was doing stuffs I felt was right, but you know it's possible to be passionate about the wrong course.

Have define values, set goals, don't become rigid on goals. Be flexible but not gullible.

Mary never knew she would become the mother of Jesus. Nothing in her past told her she would carry the redeemer in her womb.

I can never forget when my dad told me he should have become a millionaire, when he was deported to Nigeria and having depression, few months later he committed suicide.

Surrender all your hope to him. With God I feel at home cause he constantly brings fresh things my way.

I have expectations, I have goals, but I see myself wherever God leads me in the next five years.

Note: Your purpose will make you have vision(s), from your vision you can set goals...Let God lead you.