You're not gullible... Just let it go 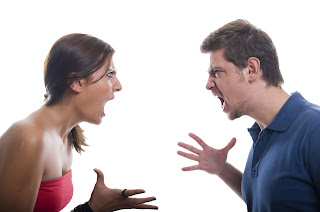 I remember a time I boarded a tricycle, because that wasn't my first time of plying the route I felt there was no need to bargain the price. But after I paid, the man refused to give me my change. Even though the change was something I could have let go but I felt cheated and insisted on collecting my change.

He was adamant, so by the time I alighted, I removed the face-cap he had on and said I won't give him except he gave me my change. Of course, he came out and tried to collect his cap, this drew the attention of some men around.

They asked what happened and one of them offered to give me the change, I told him I don't need it that the driver was simply a cheat, one of the elderly men was angry with the driver that he nearly started a fight, he actually hit him, but others intervened. I eventually gave him his cap, gave him a piece of my mind and left.

Hmm...that moment I felt I was justified but you see, as soon as I left the place, I regretted my actions, the reality of the whole thing came to me. Days later I cried when the incident crossed my mind.

And I will analyse the lesson I learned below:

1. I didn't eventually collect the change. So it means I could have just given it up without causing a scene.

2. I didn't even know I had that anger issue in me! So it made me cry that I could react the way I did.

3. The matter could have aggravated and God forbid I ended in jail. Who knows if the man that I thought was having my back was simply looking for someone to vent his own personal issue on, and beat up or injure the man driver, won't I be involved in the case?

You see, as much as this story is embarrassing to me, I decided to share it because of some things that I read and heard in news. Some people have reacted out of anger and have lost their lives or mistakenly killed their spouse and friend. Out of anger they threw a bottle or knife without thinking, and it hit their victim in the sensitive part of the body.

How about a Nigerian policeman that shot at his victim out of anger simply because of bribe? He later lost his job and ended up in prison?

If only the knife and bullet had miss its victim by sheer luck, they would have gotten a second chance to make a better choice next time.

What do you think I'll do in that same situation again? Take a walk!

When you know better you do better.