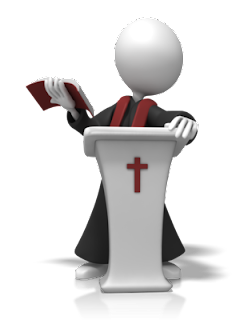 Recently while meditating on the word intrapreneur, at first I was wondering why a person with most of the attributes of an entrepreneur will be using that skill to work for another person instead of starting his or her own business. Then, it struck me that people like this can't be fired... They are simply doing what they are wired for.

But this post isn't about intrapreneurs or business. It is about something greater and bigger. It is about being anointed to do greater works in your area of giftedness.

In university, we term guys 'spiritual' because of the anointing and grace upon them, and when we see one we called him a pastor. In our mind we are thinking one day he will have his own church. What a dry mind! What a shallow thinking! And I think this is one of the reasons while some church ministry failed.

I know many great men and women of God with established global ministries that has successful taken root in many nations of the world. Men whose anointing I can't but desire, just as Elisha desired double portion of the anointing of Elijah... But you will be wrong if you think I want this so that I can pastor a church.

I once heard a story about a man with a strong prophetic anointing upon him, many times this man has tried to resign from his job but the Director of the company won't have it. Why? Because when he goes to him that he sensed their company's service is needed in a particular state, take it, when the company takes the business there they reap huge profit.

This man successfully rakes in huge millions for the company. This man is more than an intrapreneur that I mentioned earlier. He is guided by the all-seeing and all-knowing force. Now tell me which boss in his right mind will let him go. Even if he finally leaves I tell you, he will automatically become a consultant for the company.

I feel our economy and politics is shaking because Christians who were meant to take charge many decades ago, thought anointing is only needed in church!

When Jesus in John 14:12 said: "Verily, verily, I say unto you, He that believeth on me, the works that I do shall he do also; and greater works than these shall he do; because I go unto my Father."... Pls tell me, you don't think this is for Church pastor alone.

Hmm... No wonder some Christians have been expanding without border in the secular world. They know this truth about greater works that Jesus spoke of.

What is greater than a Christian doctor taking on critical surgeries that others termed impossible and successful carry out the operation?

Tell me what is greater than a Christian minister of finance to deliver the country from debt, the masses from slavery and turn his country to the envy of other nations.

Tell me what is greater than I own the blog, write books that people read and are instantly heal from their sickness and afflictions!

Tell me what is greater than I write articles that brings a permanent transformation to a person's life and lead them to Christ?

Tell me what is greater than a Christian compose a song that delivers people from depression and lead them to a lifestyle filled with everlasting joy and happiness!