Why you should not died or succeed like mere men. 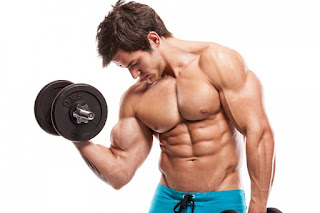 I have heard hustlers in one form or the other says "I did not travel to Lagos to count bridges", and when they say this it means they are ready to do whatever it takes to make money. In the mouth of an hustler it can be translated to mean desperation.

But when you take your time to think about it, it makes a lot of sense. The band, OneRepublic sang a song titled Counting star, it was a huge success but the truth is that those guys ain't here to count stars. Neither am I

If I don't want to succeed like mere men then I shouldn't think like one. I shouldn't fold my hands and count the skyscrapers and bridges, wishing and hoping life doesn't pass me by.

And so we would continued catching fun till we were ready to go home. But really, we human can also be classify based on the things we have accomplished. I'm not talking about money here, mother Theresa wasn't a mere woman in her life time. Margaret Thatcher wasn't a mere woman. Muhammad Ali wasn't a mere boxer. Usain Bolt isn't a mere runner. These people broke records.

Recently I read a post online where people anonymously commented about their jobs. I was not only surprised, I was dazed at the number of women who confessed to sleeping with their bosses in other to hold their jobs. Mere men and women justify their wrong choices. Great people don't.

Mere men wants to trail behind great people. But if you don't want to just tag along in this life, then you have to be a pathfinder. Never settle for less, never become complacent on past glory. Move on, forge ahead!

Arise and Shine! You will not die nor succeed like mere men. AMEN!