I refuse to give you the satisfactions of HATRED! 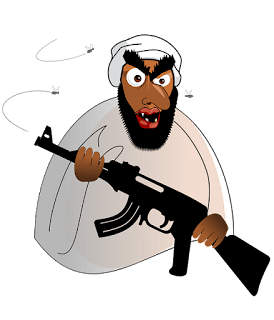 Not too long ago I saw a news online where a man whose was wife killed by suicide bombers said he knew the terrorist wanted him and others to hate them but he refuse to give into their hatred.

That statement took the right seat in my head, now it came back to me and I'm really feeling it. I think terrorist are truly working hard to spread hatred among us... Maybe you're thinking I'm about to say you should love the Boko-harams and ISIS agents, sincerely I don't know.

Then, why am I writing this post if I don't know maybe we should show them love?

Recently someone said the world is getting all this attacks, terror groups rising from different angles and causing disorderliness so that we would all be yearning for peace. Then according to the scripture, the Antichrist will come with a message of peace and actually give it to us before showing his true color.

Now you see where hatred comes in? In hatred you lose peace, and without peace you can't think of solution, your only option is revenge and curses. And this is the reason why I said I refused to hate them.

Someone who has lost a relative because to these blood thirsty vampires (yes I called them that!) will say I'm writing this because I don't know how people who have lost their relatives to these people feels. Don't say that, no one deserve to lose his or her life because of some confused set of terrorist.

I can never forget when I thought I had been posted to the North for my NYSC, the cry and sorrow that filled my mum and I is not from here. Jeez, who want to go to the devil's den? So you see I know they ain't nice, I know they have little or no humanity left in them but don't give them the joy of hatred.

Because your next door neighbor can be your enemy. Your best friend can be the devil you are dining with.

I hope instead of giving this terrorist the joy of hatred, we should see them as lost souls that needs to be save.

Love them enough to think for solution and pray to God to turn their stony heart to flesh.

P.S: This isn't just about terrorist alone. Never give anyone the satisfaction of hatred.

Email ThisBlogThis!Share to TwitterShare to FacebookShare to Pinterest
Labels: Features, Health and beauty