I have a word for you, but I'll save it. 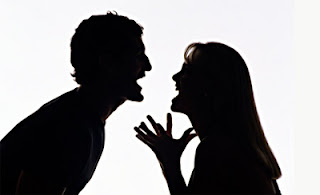 I was at a convention when the guest speaker shared an experience he had sometimes ago, he said it made him to start switching off his phone in the night because as a pastor he gets some annoying midnight calls.

He said there was a time someone called him in the middle of the night, and after he picked the call, the fellow said "Pastor, do you have a word for me" though he was pissed he gave the fellow some biblical blessings. But you know what the fellow said?

He said "Pastor, that is bible, I want a prophecy". The pastor said he immediately cut the call and switched off his phone. He said in his heart he said "Yes, I have a word for you but I won't say it" and I'm sure we can all imagine the word he had.

I can't but sympathize with the pastor because some people have a way of thinking others should put up with their craps. Recently, someone left me a message on Facebook, said "I know you believe that I'm not worth your toes, that was why you snubbed me". Really? Simply because I didn't reply his chitchats.

It's a pity some thinks everyone is as free like them to chat on Facebook, sending that type of message to someone you haven't met in real life is annoying. And I must say I have grown, because sometimes ago I would have given him a piece of my mind, but like the pastor I said in my mind "I have a word for you, but I'll save it". With that I did not bother to reply the message.

I also had another experience recently, someone had been flashing my phone and I thought maybe it was someone I know but who has low credit, so I decided to call back. After the phone rang, a lady picked the call and as soon as I asked who was on the line, she cut the call. So I was wondering why disturb my phone if you don't have anything meaningful to discuss.

Sometimes ago, I probably would have sent a text message to relate my anger, but as usual I said in my mind "I have a word for you but I'll save it"

In conclusion: When you get tempted to give that angry words that you may end up regretting later, simply say to yourself, "I have a word for you, but I'll save it"

One thing I have learnt is that words spoken in anger are like eggs, once broken it can't be mend. Moreover, some people are simply looking for who to hold has excuse for their depressions.