Sabbath Appetizer- God forbid I give my tithe to the poor! 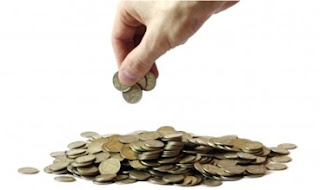 I remember a particular Sunday in school, the pastor walked in and there was a gasp for air, why? He was wearing this very beautiful suit that ministered...LOL. (Yes, your cloth can minister!)

Till date I can't remember the sermon he preached but I can remember the effect of that suit (I think it was blue or deep purple, not too sure again). I kept shouting amen to all his prayer points, in my mind only a blessed man can replicate blessing. But you know what?

I have seen people criticized pastors, they say they live in affluence while the masses are suffering... Maybe we have some like that, but I believe my steps are ordered, therefore God will not lead me to that type of church. But you know I will be wrong if I look at pastors clothes or cars and conclude they feed on the Church's purse.

The pressing issue here is that I have heard people say they would rather give their tithe to the poor than give it to a man of God that will use it to dress well and buy private jets. I also heard about a man that won a huge contract and said if he should pay his tithe, the pastor may misbehave because of how much the money was.

But I will like to correct that notion. Don't worry, I don't have the pastoring in my vision book, neither am I trying to canvass for any pastor. I just want to help those that think pastors prey on their tithe and offering.

Your tithe and offering is to God not to pastors. Someone said we are not suppose to even say "my tithe" it is "God's tithe". I don't think anyone should approach a pastor no matter how big the money is and say "pastor, I have come to give you my tithe". You shouldn't give it to anyone, drop your seed in the offering box or forward it to your church account and bless God for it.

I'm sorry, but it is not your duty to walk up to any man of God and ask them what they are doing with your money. If you feel your church is mismanaging the finances, then look for another 'store house' not another 'man of God'.

Let me say one fact here, I doubt if people who faithfully pay tithes complains. But who always complain? Those with closed palms.

I heard of a man who instead of paying ten percent as tithe, pays the reverse ninety percent! And he said the ten percent is enough to feed him and his families, neighbors and extended family!

I don't care if you empty your account and give it to the poor, of course God will reward you for it. But never get to the position of saying I will give my tithe to the poor! Don't let me say the repercussions cos it's not nice. But please pay that tithe to God and watch him bless you. (Malachi 3: 10-11)