The friend you should flee from 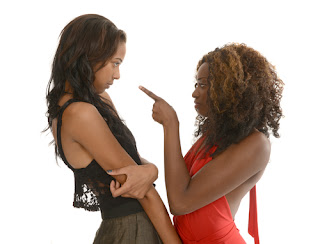 There is this popular story that I think many of you might have heard before but I will write it for the sake of those who haven't heard it.

It is about a poor man who wanted to travel via a ship, after he struggled to buy the ticket he took some packs of biscuit with him, so that when others are going to eat, he would munch his biscuits. He did that for many days, but on the last day of the trip, his friend asked him why he always sat back while they go to eat.

The man replied that he couldn't afford the food as he only paid for his ticket and that's the reason he took some biscuits to sustain himself. His friend laughed and explained to him that the ticket already covers all the food he was to eat throughout the journey. But it was the last day!

I know many of you who knows this story have associated it with ignorance and have criticized the man for being ignorant. But in this post I want to focus on the friend. To me, he is more of an enemy than a friend. How do you watch your friend eat biscuits while you go on to eat delicacies and never thought of asking the first day, but had to wait for the last day?

The fact is that there are people like that, they see you struggle at things, but refused to help you. Yet they are good sympathizers.

The type that hides the exam AOC (area of concentration) during the period when you read together but wait till you are about to enter the exam hall before they tell you what the lecturer said while you weren't around.

They are the type that keeps quiet when they see you head the wrong way but wait till you are on your death bed before they preach Jesus to you. They deprived you of the joy of being a believer while on earth.

Anyone who wouldn't take care of his or her parents while they were alive but print posters, throws party to celebrated their life also belong to this category.

Flee! I repeat flee! from these friend-enemy.