The demon called Self destruction 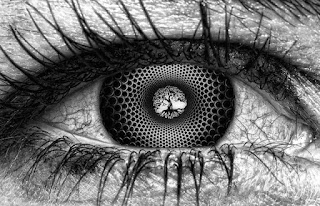 I once heard about a doctor who smokes and said he know it is the cigarette that will kill him but he doesn't mind because he is addicted to it. Well, it was only a story until I came across a similar one.

There was a time I travelled to one of my aunt's place who had a beer parlour, during my stay her sales girl resigned so I helped her out (a story for another day). There was this particular customer who would sit at a corner where the light was dim and smoke.

They call him doctor, one day I asked him if he was really a doctor that smokes or it was merely a nickname. He showed me his identity card and I was surprised and asked why he smokes when he must have been advising his patients not to smoke.

According to him, he has drugs he takes that helps to clean his system...hmm I wonder if that was true. But I can see an addict in him.

Have you ever heard people who say "I know he his a bad influence but I like his company", "He beats me but I love him" and what happens at last? They realized too late on their death bed when there life flashes before them that they made bad choices all along.

You see, some even know their weakness but instead of seeking for help act like it is normal. You hear some say "I know I have jealousy problem but it's fine" then one day out of jealousy they broke bottle on someone's head and spend the rest of their life behind bar.

My dear, there is truly a demon called self destruction. Most times we can tell it in us but then we feel we are too weak to overcome it and so leave it to rule over us.

The day you recognized that you need help, your problem is half solved. Until you seek for help you are still in bondage just as when you were ignorant of your problem.