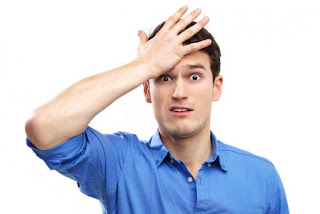 I recently read the interview by the daughter of a newly crowned king in Nigeria. At the time of the interview she was 21 years old, and the father was 40 years old, meaning he had her when he was 19 years old...hmm.

The daughter who is currently doing her masters degree look young and beautiful in the pictures she took with her father. The comments under the posts were things like "I like the father and daughter pose", "they look like boyfriend and girlfriend", "lovely!"

I'm sure 21years ago, it wasn't funny when the king found out he was going to be a father. How about Patricia Mallette the mother of Justin Bieber who got pregnant at 17 years old and had to moved into a home for unwed mothers?

While I was thinking about the people in the story above, I imagined a girl who got pregnant at 14years old, who everyone called a slut and a loser. Who with the help of her supporting parent who took care of her child, nine years later the daughter graduated as the best student in primary school, continued like that as the best in high school up to university.

Her final year project in university was a discovery for the cure of a disease that had been termed incurable, let say HIV. What do you think the story will be for the mother if the child achieved this at 19 years and the mother is now 33 years old?

Everyone will praise her! Some would wish they were in her shoe...LOL, of course they can't stand the shame she withstood at 14!

Well, I'm not saying if I got pregnant at 14 I would pat myself at the back and smile, neither will smiling and dancing be my first reaction to any family member who got pregnant at that age. I'm not God, but when I know better, I do better.

You see, most times we humans judge a situation as bad and doom because we are shortsighted. Well, you may say the kids listed above turned out good out of the many who turned bad or became hoodlums in the society.

I can say we humans caused it, we never gave them the chance to become something good because we look at their history and judged them. Called them bad names and cursed them and as we have spoken, so they turned out to be.

You see, God can pick up a person who we with our mouth have proclaimed a mistake or bad news and turn it to a corner stone, a king, someone we bow before.

God is still in the business of turning bad or even dead conditions around, He is that powerful I tell you!

Anytime you think you have made a mistake, or you know you have done wrong. Please don't take it to people take it to God. I will like to leave you with this power word I learnt not too long ago "It may not be God sent but it can be God use".