What will you do if you are not afraid? 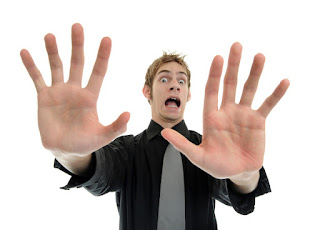 I recently heard that phrase and it got me thinking. What will I do if I'm not afraid? I will tell some people how awful they are!

I know there are some people we would face if fear of backlash wasn't the case but that's not the point of this post.

When I heard that phrase I made up my mind to look at anything GOOD that I am afraid of doing due to the of feeling incompetence or fear of backlash, and do.

In a cartoon I recently saw, a ninja turtle was asked by his master if he had mastered his fear, the turtle replied that 'no, I faced my fear'. Because of that statement his master said he now qualify as a leader.

Imagine if I want to overcome the fear of writing or putting my opinions out? It would definitely take me a long while to start anything. In launching out I faced my fears, I have seen some things I'm afraid of like, punctuation errors, spellings, omissions etc, the fact is that it took me days to detect some errors (when I reread my posts).

I would feel sad because someone had read it, but will still go ahead to edit for future readers. That fear could have stopped me! There was a time I interviewed for a proof reading job and saw how publishing firms employs several people to take care of every articles and documents before publishing them, and being a perfectionist I did not allow the fears of errors to stop me.

Moreover we are always afraid of taking certain steps because we fear what others would think of us. There was a time my Boss was praising a guy who no longer work in the organization anymore, she so talked highly of the guy because he made impact while he was there. She then conclude by telling me not to mind what other colleagues will say if I bring up an idea that can benefit the organization.

Her point was that I would later be praised for the contributions I made.

In conclusion: Look at everything GOOD things that will contribute to your upliftment that you are afraid of doing and do it.