Where will I get the money? 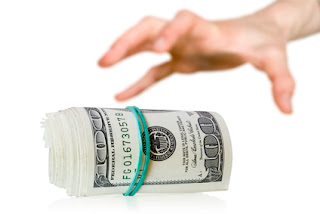 This may sound funny but it is true. I had just come out of the university gate, where I had gone to see a woman. A man was walking in front of me and while adjusting his cloth as he walked, something fell down from him.

I was not close enough to see the thing as it fell on the grass, so I thought probably he threw the thing away. Soon, a pen also fell from him and I realized this man doesn't know he's throwing stuffs away. So I called him and signaled to him that he dropped something.

He turned, and picked his pen and wanted to keep walking so I quickly walked up to the first thing he dropped so I can give it to him, to my surprise it was his large screened mobile phone (I wondered how he didn't feel that it dropped off)

I handed it to him and he was really happy, and prayed for me. But that's not where I'm going with this post...LOL

It was what the man said about the phone that got to me. He said "where will I see thirty thousand naira to buy another phone". I have heard people say that when they need to get something they can't afford by their present capacity.

The truth is many of us will not be where we are today if we depended solely on our capacity before we got it.

I have learnt to focus my mind on the things I want to get, rather than the money I have to get it. That is what I call 'divine blessing'.

If only we can think more, we won't send out negative Aura. Why don't you believe you can have it and watch God bring it to you?