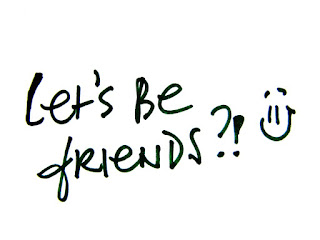 In our first year at the university my good friend told about a seminar he attended that opened him up to a new thought line. And it also did same for me.

I may not be able to place the words, but it opened us to independent and business savvy mindset.

This my friend had previously been offered the course he later studied in other schools (about two different times) but he rejected it because he wanted pharmacy. But after he was offered the same course, Plant Science in OAU, he decided not to waste anymore day at home. So he accepted the course and still hoped to change course while in school.

I was also in a similar situation as I wanted pharmacy or medicine but was offered Plant science, so you can see we were like birds of the same feather. No wonder we became friends... LOL

Well, after he attended the seminar he realized he had probably been chasing shadows, I was also moved by the things he said that day that I said I would never look for jobs, blah blah blah.

Even though I now do something I resolved not to do after school, like seeking employment but I'll tell you that the vision is not blurred out. Everything I do now is to take me to that height.
Thank God for that day, it was the beginning of a new path for me.

This bring to my mind, what do you discuss with your friends? Gossips, news, break ups?...LOL sorry for poke-nosing.

You see, I have read how great businesses were formed because friends and colleagues came together while they were in school.

Colleagues have come together to start great companies after leaving their organization.

If your friend won't contribute any meaningful thing to your life. Please stay away from them. Friendship is not by force.

As I get ready for my Masters program, I have started praying for friends like angels, I will organized my friends spiritually so that I can draw them physically.

Those you call friends can make you or mar you.

Have you seen my video on how to attract the right friends?