The secret of wonder-woman Olajumoke Orisaguna 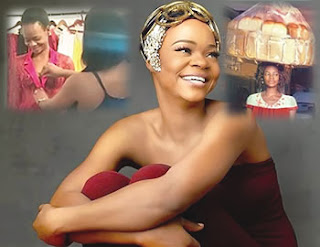 I know by now many of you might have heard about the mother of two, an uneducated young bread seller. Different articles have been written about her, many have turned her life to their prayer point...LOL

I was also inspired as many of you were when you heard or read about her, if at all you haven't heard about her, then search 'Olajumoke the bread seller' on Google as I'm not about to repeat her story. I simply want to point out an underlining factor behind what seems like her overnight success.

As her story became the hot topic among staffs at my work place, one of my colleagues in a sober mood said she use to daydream on being a celebrity, going for interviews and all.

I think this is the reason why most people are inspired by the testimony of Olajumoke, we all want some kind of divine intervention.

After my colleague said her wish, sincerely I being optimistic didn't laugh at her because I know nothing is impossible, so I said "you know it's very possible to become a star by being the mother of a star, if you help groom your kid's talent".

She then talked about how her little girl likes to sing, fashionable and not shy... what a child-star in the making with proper investment?

But I don't know all, I only spoke from what I perceived per time. It was when I get home that an inspiration struck me that my colleague doesn't need her kid to shine as much as I don't need a star relative to be relevant. Why?

There is something called the GIFT.

When I meditated on Olajumoke story, as much as many people have written motivational articles on her, I got something I wasn't hearing from them. What is Olajumoke gift?

Before I answer the question let me ask, when that dream of being popular, being on cover of Times and Forbes come to life, what exactly will take you there? What will bring your story out?

This gift is what I feel many of us don't know, it is what makes some of us depressed when we can't recognized the value we carry.

Back to the question, what is Olajumoke's gift? Among other gifts she may possess, the one that is evident to me and that we can all see is her PHYSIQUE.

It was her body structure that people saw after she coincidentally walked past during the photoshot that brought her fame. It was that physique that got them asking if she was a model, then the question caused the famous photographer TY Bello to look for the young woman that strolled across her path the day she was taking the outside photoshoot.

It was this physique that got her modeling contract and made her story inspire us all.

What is your gift? 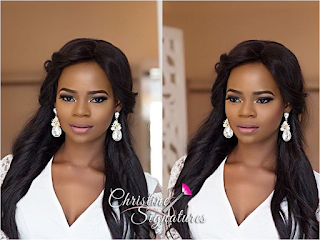 I want to believe Olajumoke never saw her figure as a gift, as far as I'm concerned she wasn't the only slim bread seller in Lagos, but the universe picked her. Not to offense anyone, but I could imagine if it was a plump woman whose pictures was taken that fateful day, maybe people won't have asked who the she was since we lived in a world where tall and slimness is worshiped as the ideal model body.

Some of us know our gifts, while most of us don't even know that gift that God in is mightiness had deposited inside us. We are like gold in it raw from.

In the beginning of this year I made a vision board, but as much as many of us have vision, I know God is still saying "I gave you those visions but I have more vision for you that you can never imagine"

Why do I think God is saying that?

Because Olajumoke may have her dreams, but I doubt if she could have dreamt all the local and international media attentions, endorsement and contract she now has within a space of one month!

Isn't it interesting that our background cannot stop our destiny? Just as David, a minority in his father's house became a member of the king's household, Olajumoke who cannot speak and write in English also became the topic and face of powerful brands.

For many of us, the things we overlook are actually gifts, Robert Kiyosaki in his book talked about how a man become a Director simply because he looked and speak like one, the board put him there to attract customers while they do the job!

If you are still wondering if there is anything unique about you, I'll tell you even that which you have that you think is common can be use by God to set you apart.

It recently occurred to me after someone mentioned it that Kirk Franklin mostly do the talking while others sing in his songs. I never even notice he doesn't sing! Imagine the awards he had bagged!

In Oprah's days she said many people had CV, but she didn't have because she knew that at the moment of destiny, her preparedness will meet her opportunity.

Your gift can be anything, and I mean anything!

Relax, that gift you know or you don't know will pave way for you, it is only a matter of time!

Elizabeth,u have a gift of writing and inspiring ur readers,kuddos to u.

Thanks a lot Lady P! I'm glad you acknowledged my writings.