What I learnt from another's pain 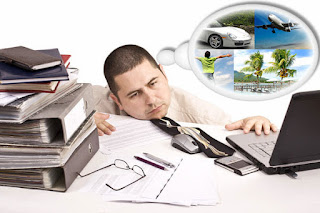 I was recently talking with a programmer who builds software for forex and stock trading. I told him about a guy I knew in university, who dropped out (but stays in school environs) to focus on forex trading.

There was a friend of mine that got closed to him because he also wanted to learn the trade. I knew the day the guy went to withdraw his 'hit money' from the bank. That day, he paid for his new room, bought beds, refrigerator, pots, home-theater, rug, etc.

I see him and my friend planning the type of cars they would buy, but it was a pity things soon became tough for him. He wanted to make more money, my friend also borrowed money for him to trade, so that he can perform the same trading magic.

But this guy started putting emotions into his trade and I guess this was due to the pressures on him. His debt escalated and he had to sell his household properties, his mother had to be invited to intervene in his troubles. All these happened within few months.

Let me quickly say two lesson I learnt from the guy:

1. Don't eat your first hit!
Rather invest it to make more room for growth, the quest for comfort is what kills most start-ups.

2. Be grounded before you invite others
Sincerely, I think my friend contributed to this guy downfall because he was looking out for his own gain and the guy was blinded by pride that he couldn't see.

I don't have updates on the guy anymore, so I can't tell whether he recovered or not.

Talking about emotions, we need to guide and watch what pushes us. Pressures is a strong factor that can cause emotional imbalance and failures.

I have said it before, use both logic and emotion together!