Don't do it for a million dollars, do it for much more! 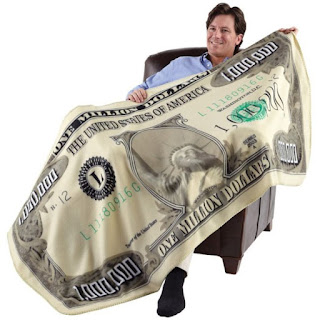 During the introduction of the course "creativity at work", the lecturer explained that every individuals has potentials God has deposited in them.

Isn't this the type of message some of us hear in seminars or churches and tag it "motivational" or "prosperity"? It is a pity that some will never discover or maximize their potentials, while some who does are using less of it.

When it comes to creativity, you may not know the end of your invention but you can know how you want to exit the scene.

A man once asked me if I knew what is called franchise and if I would like to make my business a franchise, I smiled and said yes to both questions, I even went ahead to give example of businesses that were franchised.

I knew this because I don't want to do my business for a million dollars, I want to do it for much more. Someone said because you have a business that employs people, pay them so that they can feed their family is a thing of joy.

You are a gift to this world, your potentials were meant to serve all, not just your pocket alone. I purposely used a million dollars, because I know some people think if they have a certain figure in their bank account they will be settled. But it doesn't matter the figure you have in mind, you can do it for much more.

Do it to impact lives, give hopes, to create a wealth that will succeed you. Isn't it amazing how Rockefeller's net-worth is still been estimated even after his death? And this was a man that at a time almost gave out his all his wealth.