Is there something you can't figure out? 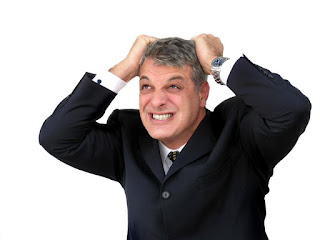 One day, while working on Photoshop and trying to edit an image, the left side was much longer than the right side. So I wanted to adjust it, been an amateur with Photoshop I was throwing different stunts...LOL.

I cropped, cut, join, skewed and what have you. At a time I flipped one of the cropped part and tried to join it together but it wasn't working. Then I thought there is no other way to solve the issue than to find a way to manage the image, then all of a sudden an idea dropped in my mind.

I decided to flip the original image horizontally, lo and behold the result I had been stressing myself on was in front of me!

It had taken me several minutes to roam around the tools but the solution came within a second. You see, so many times when we have been working on something for long time and it seems like a journey of no where, we are tempted to say "I just can't get this". But as the thought comes lets try to wave it off.

Because even though we can't figure it on our own, we only need to meet someone that can teach us. I have come to realized that it doesn't matter how much we struggle for a solution, the moment you get once, you can become it master.

Giving up to mediocrity is not an option for anyone that wants to climb high. But if after you sweat and discover the solution or idea was actually simple, don't hiss and count it a waste of time but rather see yourself as a teacher in that area. Someone will one day be in that position, and you might just be the angel thousands of people are waiting for.