When sorry isn't enough but you must forgive 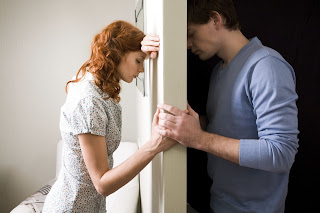 I recently took a course in forensic psychology, though it wasn't my major but I took it to broaden my knowledge and I was shocked with what I discovered and I'm about to share from the knowledge I got.

In taking the witness misidentification test, I was required to watch a video of a guy who stole some things from an office and to identify him from a group of pictures.

I picked a guy I was so sure was the criminal only to find out the criminal wasn't in the pictures. Of course, the aim of the topic was to show how many people have been convicted of a crime they knew nothing about.

If that was real life, I had just succeeded in accusing an innocent man! And he could be jailed because of my mistake!... Understanding how the mind and memory work is very important in this area, but that is not my focus in this post.

I read that 75% of people wrongly convicted of crime were due to witness misidentification. The question now is this: is saying sorry enough to take away the pains?

Before I took the course, I have read lots of news on people who were wrongly convicted of crimes, I can imagine those who had been executed through that process.

I will say being remorseful and saying sorry is a good place to start, and it may even be the only thing you can do when you do wrong by people.

But if you are the one that wrongly accused, malice and revenge isn't the right weapon. Forgiveness may be hard but you can't but offer it, if not for anything but for your own mental health.

Some people have discovered their calling from mistakes and pains, they go about sensitizing others on the effect of certain actions they took or what they went through for the purpose of helping others.

We may not be able to change our past, but our decision today will greatly influence our future.

No amount of sorry will bring back the twenty years a man spent in jail for a crime he did not commit. But the way he chose to live his life free of hates will impact us and put him in our history books.

Some things that looked like a detour from our destiny actually happen to lead us on the way. But remember no matter what happens, never give anyone the chance to stop you from living your life to the fullest.