Why am I so angry? 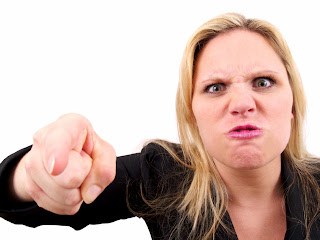 Oh my, during the course of the week I was angry, so angry that I spoke to my mum about it, not yet pacified I had to talk to another person.

So what happened that got me angry?

You see, when I decided I was quitting my teaching job to forward my education, I already had my plans on what it was I wanted to do. But this day I was in a neighbor's place to charge my laptop (electricity issues), and she asked this question: "After your Master's do you want to go back to where you were working before?"

That was the second time, she'll ask me that question. And this time it got me really angry but because she was older, I feigned a smile and said no.

I wondered why on earth she wasn't speaking progress for me? Anyway it later occurred to me that I was angry because she was speaking my fears!

Hmm...the fear of job hunting and been dependent on salary.

1. Identified the main reason behind the anger
2. Analyze my present reality
3. Revisit my plans and start serious work on it!

I had to stop bothering myself with unnecessary anger after I realized that the real thing that made me angry wasn't really about what the person said, rather it was about me. My fears.

Many times we are angry because what was said touched a part of us that we wanted to ignore. I think the best thing sometimes is to take it to God in prayer and also to check oneself for necessary changes or interventions.