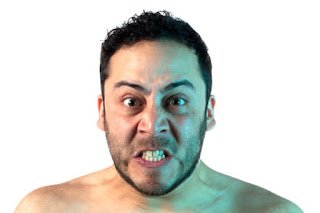 As long as I can remember, I did celebrate my birthday on the 28th of January, instead of 29th January. I have the evidence to proof this because that was what I put down in my high school year book.

I was shocked the day I looked at my birth certificate and discover it was 29th!

My parents are educated so it wasn't as though they could not read. I concluded that maybe it was because I was born at the early our of the morning, 4:12am and as such they forgot the real date.

I imagine the stress I could have gone through if I had not found out the correct date before I registered for my school leaving certificate exam.

Now it feels weird anytime I remember, because my elder sister and younger brother never had this mistake. For over sixteen years, I carried the wrong information about myself! Yet, my birth certificate has always been in the house!

What prompt this personal story is the revelation I got from the popular prodigal son's story in the bible. It is not about the younger brother but about the elder brother.

He was angry because his father killed a matured cow and threw a party for his younger brother who had just returned home from a wasteful living. He felt bad because his father never gave him a young goat, so that he could celebrate with his friends.

But what did the father say? "You have always been with me and all I have is yours!"

What if this guy never knew all the while that he owned all that his father had and could have killed as many cows and hosted as many parties as he wanted? Rather than the feeling of self-pity and envy he felt towards his younger brother.

Read the story, the father had earlier divided his properties between the two sons. One took off with his share to a foreign country.

The one who stayed would not touch his inheritance because the father was still round. And these questions came to my mind:

Was he afraid the father would judge him if he decided to do something with his inheritance, and therefore he forgot he had any?

Was he waiting for his father to die before he took control and as such he became afraid his father would once more give them to his younger brother?

This is the same way, God has blessed us all with talents and gifts to work out His purpose for our life. Yet, we refuse to do something and became envious when we see others do good.

We complain and became angry when that person we thought was less talented, less intelligent, less committed, less spiritual, and less religious continues to get the accolades.