What talent and skill should you develop? (part 2) 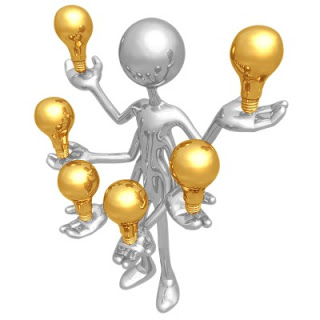 In the first post on this subject, I mentioned that you are to develop the talent and skill that will bring about your desired effect. (You can read it up here)

In this post I want to make it more practical so that you can have more understanding of the subject.

This post will be focused on those that are multi-talented but frustrated on which particular skill to focus on.

Though I have my personal experience that relates with this subject, but I will draw reference from someone we are quite familiar with and that is no one but King David.

Look at the way this man was described- "cunning in playing, and a mighty valiant man, a man of war, prudent in matters, and a comely person, and the Lord is with him"- 1 Samuel 16:18

Here we know David was multi-talented in his days. Excellent musician, courageous and skillful fighter, wise, and also very attractive (I'll call that a fine boy!...LOL).

Let us analyze David talent, one after the other and see what he could have done with each of his talent if he was to be in our present age.

1. Excellent musician
He probably would be called "the world's biggest entertainer", bigger than the likes of Michael Jackson.

2. Courageous and Skillful fighter
I see a black belt expert, boxer, and wrestler. If he was present during the world war II, he would likely be popular than Hitler.

3. Attractive
Hmm... What does fine boys do? I'm sure he will be kings of models and actors, crazily rocking our TV screens.

4. Wise
He would probably be a motivational speaker, politician, life coach, author, etc. Just name it.

5. God was with him
He could be a powerful and popular preacher, pastoring one of the biggest church in the world.

Well, I'm sure many of us are familiar with the story of David. But what talent or skill did he perfect? Or lets say which of his innate abilities brought about the greatest effect?

Even though we know he conquered Goliath, had an inner circle of mighty warriors, played his musical instrument till Saul was freed from an evil spirit, yet his ability to apply wisdom made the difference.

He became a renowned king, and the man after God's heart. The king from whose lineage Jesus came to earth!

A powerful preacher said, you can sit on one spot affecting the world around you. I believe this can only happen to a person who has discovered purpose and is creative.

What more can I say? Never despise any of your talents, most of the time they are the pointer to your purpose. The one you will eventually perfect through training, accumulation of knowledge and practice will be the one that will create an effect.