What talent and skill should you develop? (part 3) 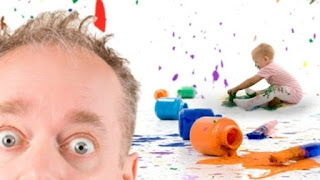 In as much as it can be frustrating when a person is multi-talented or possess many skills but does not know which one to focus on (Read part 2 here), it can also be depressing for a person who feels less talented or feels that he/she has no special skill. I have experienced both.

In primary school I was not a sport girl, neither was I in choir or debate club. I was just a 'normal girl'. In my quest to be something more, I started learning different skills, joined a drama subgroup, anchored a radio program in university, learnt catering and many more.

Eventually when I began to focus on the things that resonated with me, I discover I could actually do certain things well. So I moved from feeling less talent and less skilled to being frustrated because I didn't know which one of my skills to focus on.

Psychologically, it is believed we all have a general intelligence which is the basic form of intelligent. But we also possess different mental abilities (talents).

I believe if a person does not stay in an environment that will discover and nurture these unique innate abilities one may be tempted to think he or she is less talented.

There was a time I was curious about what people do after retirement and I was not very happy with my findings. Some discover purpose and began a new phase, while many were unhappy.

I think this is possible because they were living the normal life of climbing the ladder of career. This is common with civil servants and I think that is why some politicians steals money with the hope of securing their future after their tenure expires.

One solution that was offered to people in other to experience a positive retirement is to ensure that all the benefit they enjoy during their active service is not lost, but enjoyed in another way. Another influential man said they should set up a life they won't retire from.

I am passionate about people identifying their purpose and developing their innate potential because I have heard stories of people loosing their retirement funds simply because they invested in something they know little or nothing about.

But a man who has discovered purpose and who has develop the skills that will bring about an effect does not retire. Even if they are not actively working like their energy would permits them to do when they were still younger. Yet, they still run things because they have built something.

While some of us were excited about our masters program and eager to do something with the knowledge. Some were just in it to get a job or to get a promotion. As the class governor, I knew this because I am the go-to-person for information after the head of department and course coordinator.

I don't pray anyone continue living life without a clear purpose of what to do. Not just as a job, but till they exit this earth.

I believe the greatest discovery for anyone is purpose, knowing what they were put on this earth to do. Once that is known, developing the talent and skill that will bring about an effect becomes easy.